So what are they?

For the internet to perform a certain way, it needs a set of rules to tell it what to do, where to go and when to go there. That is where protocols come in. Originally created in the 1970's, the set of standards that are protocols makes it possible for networks and computers around the world to share information and communicate. An analogy for protocols could be an agreement or a handshake. Protocols are the rules or laws to which the internet acts, reacts and communicate between servers that is agreed upon. Book "How the Internet Works" How Stuff Works Source TCP and IP stands for Transmission Control Protocol and Internet Protocol. Together they are a set of networking protocols that allow two or more computers to communicate. These protocols essentially transport data from one place to another in the fastest way possible. The idea to get information across the internet faster was an innovation called packet switching. The goal was to get the information from more than one source so the user wouldn't have to wait for just one source to download. Instead, multiple peices of data are sent to the user from many sources therefore making the process faster. So how do we do that? The information needed to be broken up, transported and then put back together at its destination. That is where TCP/IP comes in. TCP is the protocol that breaks apart the packets of information and then puts the different packets from the multiple sources together and IP is the protocol that tells the broken packets of information where to go. In each IP packet there is a header that tells what the source, destination, and other information is about the data. It also has the message data itself. So TCP/IP can be thought of through this scenario: A child wants to build a puzzle and asks his friends to borrow theirs. Each of his friends break off pieces of that same puzzle so they break off a piece and ask their mom to bring it to his house. They all put the puzzle together using the different pieces from each child's identical puzzles. Eventually the child ends up with one puzzle built from all of his friends identical puzzles. The breaking apart and putting together of the puzzle would be like TCP. The mothers of the children who drove them to the house would be IP.Source about IP Book "How the Internet Works"

HTTP Stands for Hyper text transfer protocol. It is the protocol to exchange or transfer hypertext. What is Hypertext? Hypertext is a special language that can link other web pages to your computer from another page. Ex: While using sybols like <href="http://website"/a> which is HTML language, HTTP serves as a request and response message sent to a server. So basically HTTP is asking another server access to a webpage from a client. The language that the HTTP protocol can read is HTML. http:// in front of the web address, which tells the browser to communicate over HTTP because usually the browser automatically converts the website into http:// to communicate with the server to which to are trying to access. It has become the default communication protocol. HTTPS adds security over communication to the other servers. HTTP can be thought of metaphorically as a real estate agent. HTTP serves as the middle man between the server and the client or metaphorically the seller and the buyer of a new house. HTTP asks permission to view and access pages just like real estate agents ask to owner the price of a house. HTTP Wikipedia Page HTTP Source HTTP Source

FTP stands for File Transfer Protocol. It is used to transfer files between computers on a network and on a client or a server model. FTP allows you to download and upload files to and from the internet. The entire file gets sent from one place to another. It breaks up but it is still the original file. In result, FTP is much slower than bittorent where the files are being sent from multiple places therefore making it faster. FTP can be thought of as a recipe book. You can add different recipes to your personal book as well as give and share the recipe with a friend to put in there recipe collection, there is only one original recipe. FTP Source FTP Source "How the Internet Works" Book

E-mail works in a pretty direct way. A person sends an email through their client. By pressing send there email is sent to there email providers server which is on the internet using the protocol SMTP. From there is gets passed around to the recipient's email provider's server which is also on the internet. From there it is sent from the email provider's server to the recipient's client through protocols like POP3 or IMAP4. Amazingly enough this entire process happens in only a matter of seconds. Webmail, however, is a little different though. The difference between sending an email through Webmail and a desktop based client is that in Webmail all of the receiving and sending is done on the email server and the email is never transferred onto the client machine. An analogy for email could be like students passing a note in class to a student on the other side of the room. The note has to be passed by other students before it gets to its final destination. E-mail Source E-mail Source E-mail Source 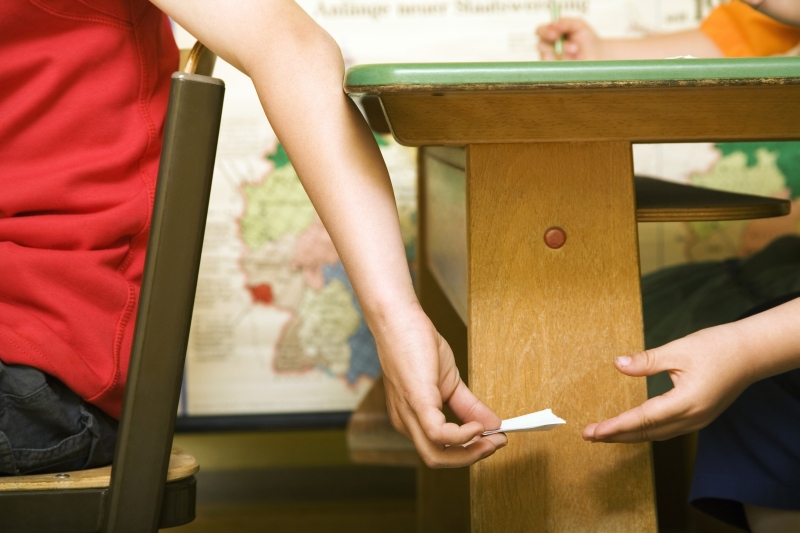